The horribleness of last season continues with SUPERNATURAL Season 7. I am quickly tiring of this show, as it’s treading on the same path over and over again, with nothing new really. 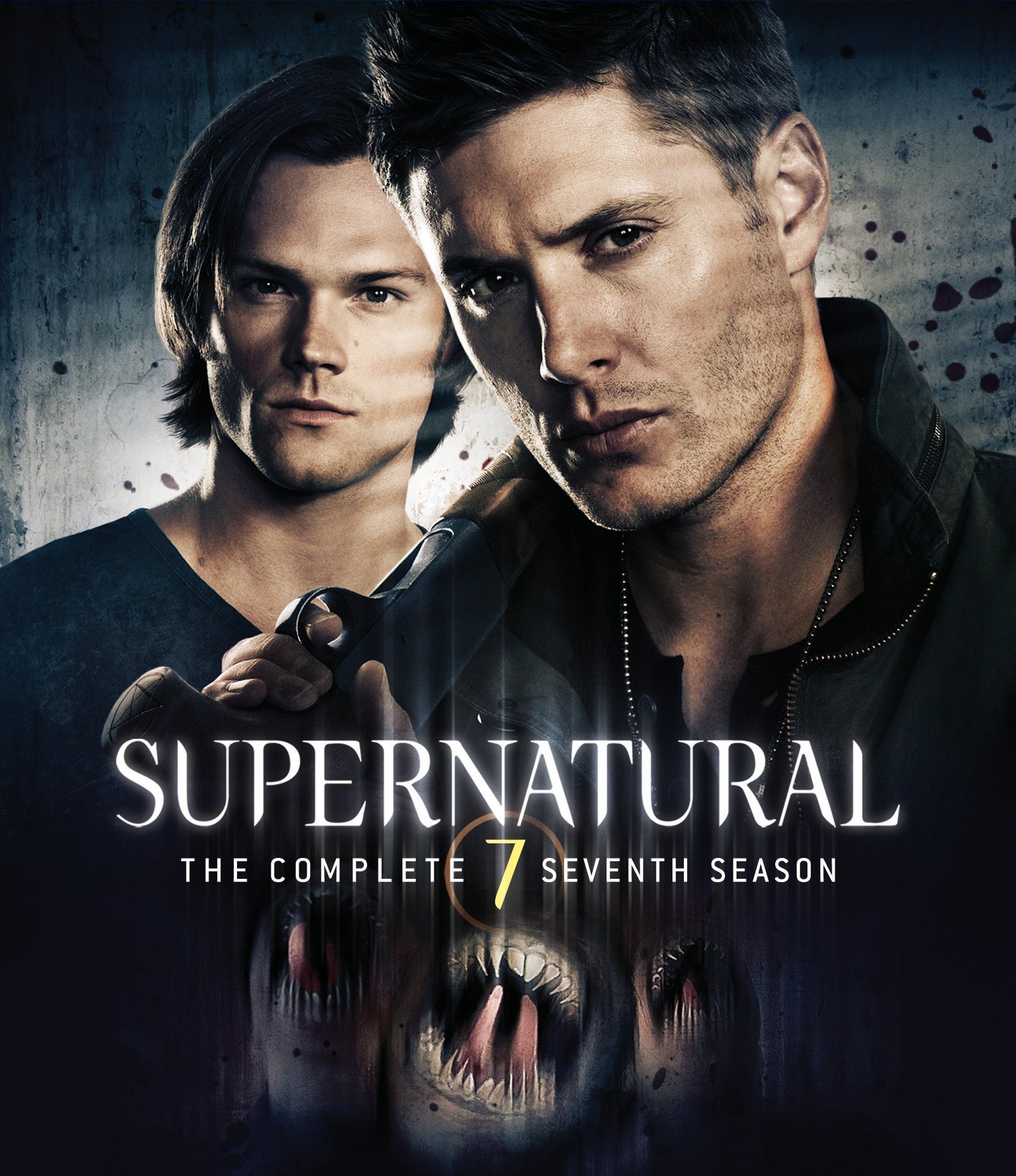 such a good show… so ruined…

Last season ended on a cliffhanger of Castiel absorbing all the souls from Purgatory, thereby corrupting his mind, as he became God, and a force to be reckoned with. The opener of this Season has Castiel going on a rampage of self-righteousness as he’s out to ‘right the world’ as God. After realizing his body can’t sustain so much power, Castiel has to send all the souls back into Purgatory, only to realize that other creatures have held on within him, and are now out into the world.

These creatures? Leviathans. Horrible things created by the Big Man before he made humans. But there were so badass, that God then exiled them into Purgatory… but they’re out now. That’s the major threat of this season. Oh and Leviathans eat people. That’s how they’re bad.

Honestly, after dealing with issues revolving around Heaven & Hell, Angels duking it out with each other to world ending consequences, God going missing and taking on the damn Devil himself… doesn’t everything else seem… unimportant in comparison? (That’s a rhetorical question.)

That’s the problem with SUPERNATURAL right now. After defeating THE Devil… can we, as the audience, really be impressed with any other ‘bad guy’?? Season 6 at least had elements of mystery around it, with Sam and Grandpa Campbell’s mysterious resurrection and all. However, Season 7, revolving around creatures from the beyond whose only motivations are to eat people… seems anti climactic, to say the least.

Especially when this season just repeats the same formula over and over with nothing fresh of unique. Dean is still burdened with guilt and horrible-ness about ‘the job’ as he continues to whine ‘why bother?’ Sam is still dealing with Issues from his time in Hell… that have no lasting effects by the way, gets solved very easily. The cliffhanger from last Season had minimal impact, as the end of the 1st episode reverses Castiel’s actions.

It’s safe to say the SUPERNATURAL peaked a long time ago, and anything else now is going to be a hodge podge of storytelling which, again, won’t have that much impact, given the previous story arcs.

Positives this season have to include the arc for Bobby. I won’t reveal it here. The main Baddy played by James Patrick Stuart, was awesome. His corporate, sarcastic nature was a nice take on the evil, human eating bad guy we usually see in SUPERNATURAL. However, that’s another issue in this show.

Characters introduced over a few seasons, became known and lovable. We gave a damn about them. Currently, SUPERNATURAL has very few supporting cast members who are that cared for. Everyone has been killed off (foreshadowing) and there’s really no one to give a shit about. The Winchesters are alone, and for a show that played off that awesome dynamic of recurring characters, it’s another deterring factor of this show now. The return of some characters, again, is the same tired old formula to induce gasps of awesome-ness…, which flat out fail.

The initial 5 Seasons of SUPERNATURAL built toward something… a greater purpose and story. These continuing Seasons seem to be doing the complete opposite, and making it up Season by Season as they go. Horrible!

Season 7 of this previously awesome show, SUPERNATURAL, has just solidified the fact that Creator Eric Kripke’s departure, and to continue the show beyond it’s original 5-Season plan… was a gross mistake by the Studio. Season 7 just rehashes old formulas of previous Seasons with a season wide arc, which is laughable in comparison to the other years. SUPERNATURAL is one show that should seriously end before it lives past its expiry, which is fast approaching. Unless Season 8 goes above and beyond to salvage the last 2 seasons, then that will be the Zippo that torches the bones of this show.

Get Season 7 on Blu ray

I agreed with you. I hope the new showrunner got a new trick up his sleeve.

[…] it was the first show that blended the humor with the serious that we’re all used to now. SUPERNATURAL is an amazing show for the chemistry between the lead characters, and the over the top hilarity […]

[…] An emotionally draining episode, “Possession” was intensely shocking and stunning with constant visuals of a torn down Eva Green being progressively and painfully possessed by some… force. More confusion this episode though, as this force at one point even possesses Chandler to communicate with Vanessa, proclaiming his desire for her to be his queen and the mother of all evil. I still can’t understand if this force is Amun-Ra or, as Vanessa herself implied, Lucifer or the Devil himself. The connection to vampires is also unclear, unless otherwise explained as being evil creatures, therefore in the domain of the Devil? The end of the episode also raises many questions about Chandler’s origins, because…. well how the fuck does he know how to do an exorcism?! The scene itself was very well done scene that puts to shame other verbal exorcisms sequences. Suck on that Winchesters! […]