There’s always great friction between studios (business types) and the writers/directors (creative types) when it comes to the angle of a movie or TV show. Apparently that was the case with Season 6 of the (now) long running TV Series SUPERNATURAL. FYI: This review will be pretty SPOILERIFIC! 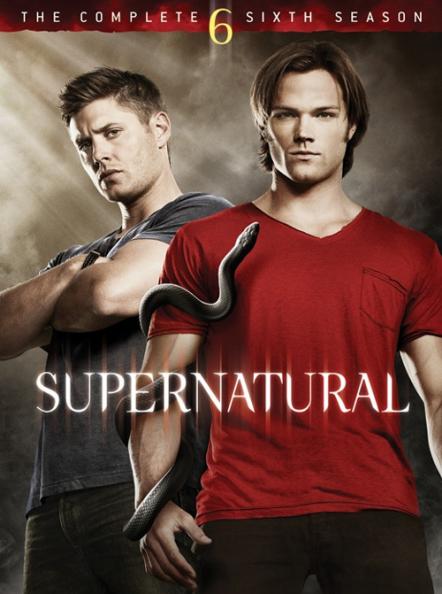 Apparently, creator Eric Kripke had only planned for the entire show to run for 5 seasons. His wish was fulfilled last year marking the end of Season 5 of SUPERNATURAL. All in all it was an end that should have fulfilled fans and the over all tone of the show for the last 5 years. (This review assumes you’ve been caught up on everything prior to this Season) The conclusion saw Sam exert his willpower over Lucifer’s influence over his body and be able to put him back in the cage, along with Archangel Michael, thus preventing the foretold Apocalypse that would’ve claimed billions of lives on Earth. It also saw Dean be able to finally do something he’s subconsciously wanted since childhood; a shot at a normal family, complete with white picket fence and all. Creatively, it gives some great closure to both these characters. Sam overcomes what he’s thought was true nature to have been since Season 1 and being chosen by Azazel, and sacrifices himself for the greater good. Dean finally gets some happiness in return for his life long service to the hunt, in the form of a family he truly loves and a normal mundane life. The End. Or so Kripke thought.

We’ll never know the details of what transpired, but like so many cases with so many shows that live past their expiry date, SUPERNATURAL was brought back for a 6th season due to great ratings. Didn’t matter that the creator wasn’t returning to be helming the stories, but the creative team was more or less the same. So how did that turn out? Not that great to be honest. 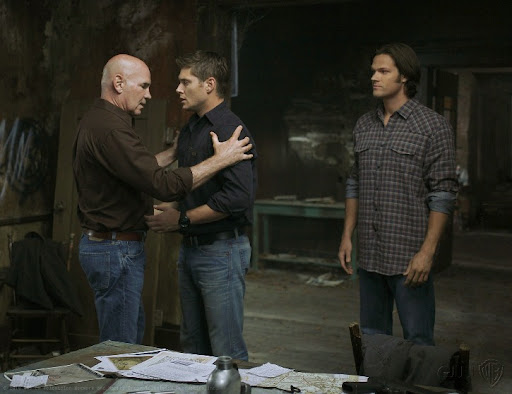 Season 6 was a way for the makers to go back to the early days of the show, without the baggage of the 5-Season long story arc where everything was connected. They featured self contained episodes that, in a small way related to the over all season-long arc. And it worked. The beginning of Season 6 sees the return of Sam from Hell, as we saw in the Season 5 Finale, however something’s wrong. The first 12 or so episodes focuses on how different Sam truly is and your basic weekly monster fight. The pacing, intensity and over path the show was taking so far, was pretty great. However…

…Once they start going into, what we think is the great evil of this season, is where things take a downward trend for me. Eve as the ‘mother of all’ creatures was really lame. The actress playing her had nowhere near the charisma of any of the other previous season-wide villains such as Lucifer, Azazel, or any of the actresses that portrayed Lilith. She was dull and uninteresting. The part where Eve takes on the form of the Winchester boys’ mother is better, because that actress performs the role, better!

And yes, I realize that Eve was a red herring, as Cas was the real big baddie of the season. However, bigging her up as a badass, only to have her die so easily was a little counterproductive. The reveal of Crowley was lame, as it was discussed 10 minutes before the ‘big twist’, so really had little impact. The whole Castiel being morally treading down a slippery slope wasn’t really that effective. It’s hard to feel empathy for someone who doesn’t have that great of a handle on emotions himself. I got the moral dilemma, but Castiel’s cold and disconnected way of reacting to everything, made it less effective to feel any sort of sympathy for him. Especially the last 3 episodes starting with “The Man Who Would Be King” things get supremely boring. Did anyone notice the lack of proper background music during these episodes? I mean the homage to classic rock through 5 seasons, suddenly taking a turn to youthful pop / alternative songs… really?! I also had a huge problem with how majority of the big game changers happened off screen. The interrogation of Dr. Visyak as the only creature besides Eve to have escaped Purgatory; off screen. The ritual where Castiel opens the door to Purgatory and absorbs all the souls; also off screen. Especially when the last bit was the entire driving factor of the whole season, yet we don’t actually see it happening. It’s very anticlimactic.

There were some greatly hilarious episodes through Season 6. The one where the break the 4th wall of the series, was truly awesome. The time travel episodes were kind of a copout, as it seemed a li’l overdone by now, however as time travelling episodes go… still good.

Safe to say the Kripke’s influence seemed to have been big. The driving force of Season 6 of SUPERNATURAL is how the brothers work on their relationship post Apocalypse; post Hell for Sam and post happy family for Dean. As with every other season of SUPERNATURAL there is definitely a lot more going on this season, as a big main baddy is introduced as well. Despite everything, I would definitely say that Season 6 of SUPERNATURAL is the most layered and complicated in terms of the proceedings and the sequence of events, however there is a very noticeable difference as it doesn’t seem to be able to hold up to the greatness of the past 5 Seasons.

Get Season 6 on Blu ray