Despite being a scruffy rebel himself, Cassian Andor was a much darker character than the ones we’re used to seeing in the Star Wars universe. While we all know how his story ends in at the end of Rogue One, the character was compelling enough to warrant his own prequel series. Releasing on Disney+, Andor is a new Star Wars series that is drastically different in tone and approach. Quite possibly, the darkest story ever told in the universe. Thus far. Focusing on the days before the rebellion is in full swing, the Andor episodes track the story of Cassian, and how he becomes the battle-hardened rebel officer we meet in Rogue One. But the opening minutes of episode 1 of Andor feels strangely familiar. And for good reason. Find out how in this Andor review.

This Andor Review Outlines When The Show Takes Place

Andor is a prequel in the Star Wars universe that takes place before the events of Rogue One and Star Wars: A New Hope. Andor’s timeline in the larger universe begins on 5 BBY, which means ‘Before the Battle of Yavin’, which saw the destruction of the first Death Star at the end of A New Hope.

The Andor series will focus solely on the journey of Cassian Andor, and his adventures leading up to the ending in Rogue One. Given that Rogue One is one of the best things post the Disney acquisition of Star Wars, expectations are high for Andor. And with the first 3 episodes of Andor already out, so far the show is meeting and exceeding those expectations.

This Andor review focuses on just how dark this series is. It’s a time when the Empire is at its peak of power, so much so that they are arrogant in their supremacy in the galaxy. Andor doesn’t seem to be about end-of-the-universe stakes, but more follows Cassian Andor (Diego Luna) himself, tracking his journey through what will become the rebellion.

How Cassian (De)Evolved From His Rogue One Appearance

It seems like the 12-episodes of Andor season 1 will take a look at the inner political machinations of the Star Wars world, pre-A New Hope, through the eyes of a man like Andor. A man who has nothing left to lose, but ties himself and his skills to what is at this point, a lost cause. His debut in Rogue One implied a dark past and even darker actions that Andor will explore.

The Andor premiere episode directly addresses one such action, mirroring the introduction of the character in Rogue One. Cassian’s first appearance in Rogue One was in a dark alley, trading information with a reluctant individual. When facing the risk of getting caught by Stormtroopers, and his accomplice’s inability to escape due to an injury, Cassian shoots the man point blank. No hesitation. No regret. He does this as the man posed a liability to his mission.

It was a shocking action from a character who is supposed to be a ‘good guy’. However, Cassian justifies his action later on, as having been in the service of the Rebellion. For a higher cause.

When the Andor premiere episode opens, Cassian is looking for his sister in a brothel. A bad interaction with 2 security guards, results in him getting harassed by them in, coincidentally, a different kind of dark alley. When an altercation ensues, one of the guards accidentally dies at Cassian’s hands. Purely accidental. Cassian has the upper hand on the remaining guard, holding him at gunpoint. The remaining guard, realizing his life is at stake, begs for his life.

He offers to support Cassian to the authorities, promising to tell them it was an accident. He pleads for Cassian to come with him, in exchange for his support. Cassian shoots the man point blank. No hesitation. Some regret.

His regret is evident later on in episode 3, when is in the same position, but hesitates, and makes a difference decision. While on the run, at one point Cassian has the officer responsible for finding him, Syril Karn (Kyle Soller), at gun point as well. Despite instructions from his new ally Luthen (Stellan Skarsgard) to shoot, he opts to tie him up and leave him behind instead. I suspect that that’s another decision that Cassian might regret later on in the show.

However, his killing of the guards is the inciting incident that kicks starts Cassian’s motivations for the first 3 episodes of Andor. Having killed two guards on a planet run by a corporation means that he is now a fugitive, and needs to go on the run.

This action in the opening scenes of the Andor premiere episode is exactly like the one in his debut in Rogue One. While the latter was a cold and calculated move by a spy doing whatever it takes to complete his mission, it’s a little different here.

In Andor, Cassian’s actions are more a result of being in the wrong place at the wrong time. And once he realizes his mistake, he has to double down and take his chances on the run. You can see the quiet desperation on Luna’s face, as Cassian realizes what he’s done and what he needs to do going forward. Which is to escape. Run.

It’s a brilliant mirroring of the character’s debut, but the distinction in circumstance separates the prequel from the movie. Through the first 3 episodes, Cassian is also a different kind of person. Charming his way through his troubles, instead of forcing his way, as he does in Rogue One.

One is the tactic of a man scrounging through life, the other of a man with a mission. How much more the Disney+ Andor series will separate the two will be something we’ll have to keep an eye out every week.

Did not notice how that scene in Andor episode 1 is like the one from Rogue One? Do you think we’ll get other similar moments in the show that rhyme from the movie?

Let me know in the comments below, or on Twitter at @theshahshahid. 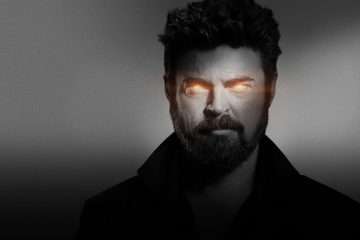 The Boys season 3 premiere episodes introduce new conflicts, and finally focuses on the show's real villain--Homelander. Or is it?